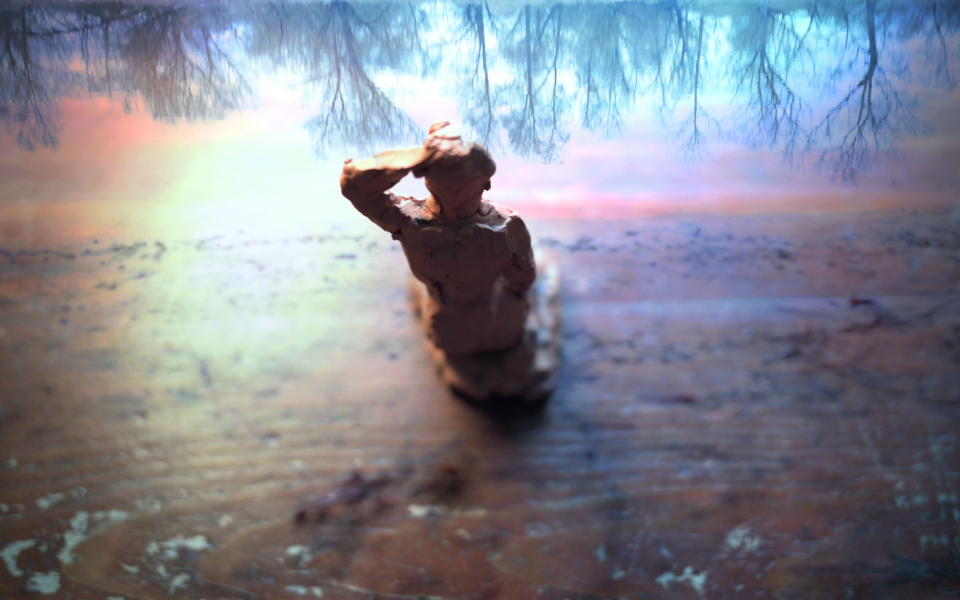 There are questions that everyone deals with on their own. Things that we usually only address in our own heads. The film Being Human provides insight into one such head. Words taken from the sketch book of John Vanden Branden, now suffering from dementia, have been made into a screenplay. These notes regarding loss of control and the search for one’s self are given a lively interpretation by actor Will Leonard (USA) while Albrecht Gumlich’s hand guides us through the film. A blank sheet of paper. A voice in your head. And now what? A concert video performance by Lisa Mühlig.

The event is free of charge, but donations to Pulszeit e.V. are welcome!
Further information on their website.

Who is behind the film project "Being human"? And why is a German film being produced in English? A production during COVID-19 undoubtedly brings obstacles, but it also provides opportunities to celebrate the diversity of our world and enables the title of the film to become principle of its own development:

Lisa Mühlig, clarinetist, composer and director of the film (www.almuhlig.eu), currently lives in Potsdam after years of study and freelance work in Norway, Sweden and England. She discovered the script of “Being human” in texts from several of John Vanden-Branden's sketchbooks in his house in Havelland.

John Vanden-Branden, an American artist and art teacher, has lived in Germany for 40 years and wrote the English texts in his sketchbook long before his dementia became apparent.
Vanden-Banden's nephew Will Leonard, US actor, became the voice of these texts (www.will-leonard.com). He is best known from musical performances in several states in America.

For the performance of the hands, Vanden-Branden's brother-in-law Albrecht Gumlich, who also worked as a conservator in Los Angeles, Basel and Hong Kong, was casted for the long-distance COVID-19 proof production.

Johara Bellali makes a magical cameo appearance with her voice during scenes at the river. She has worked in the field of disaster risk management and climate change on three continents, as well as a doula, and currently lives in England while doing her PhD in Transformation Studies in California.

Berlin media artist Anna Petzer captures the poetic visuals and edits the narration together in the post production (www.annapetzer.de). Her cinematic works are realised in various contexts, for example her video installation "Topographies of Falling" at the Museum of Modern Art Klagenfurt or currently in the contemporary opera project "Magnolia Perspectives" for various screens staged as interaction partners of the protagonist.

Simon Hertling is working in the fields of audio, video and photography. His background as a trained concert guitarist and sound engineer at the UDK Berlin and his experience when working with the Rundfunkchor Berlin and the Neues Kammerchor Berlin allow him a musically sensitive approach to the sound design of "Being human".